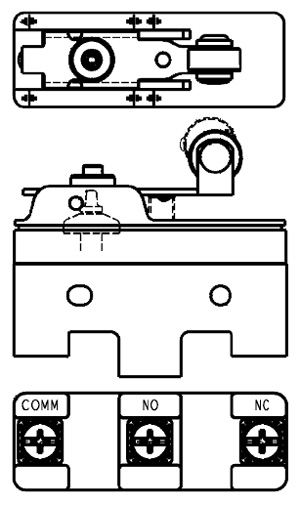 The alignment of a Pivot system is controlled by a mechanical linkage. This linkage senses the relative position of two adjacent spans and actuates the lever arm attached to a small switch in the tower control box.

When the linkage senses a position that requires a tower movement to mantain proper alignment, 120 VAC is sent through the micro switch to the tower contactor coil. The contactor points close and the motor is energized. The tower moves until the sensing linkage changes the state of the microswitch, which then interrupts the electricity to the contactor. The contactor opens and the motor stops.

When the system has an end gun installed, it might apply water outside the target area. Center Pivots are equipped with a mechanism that avoids this problem.

The actuator plate supports the ramps that turn the end gun on and off at desired locations. Whenever the control box microswitch rides up on the ramps, the end gun is electrically shut off.

The end gun comes back on as the micro switch rides off the ramp. 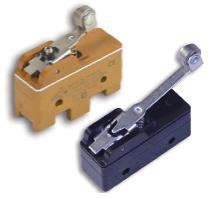 When the micro switch mounted in box contacts the stop-in-slot ramp, the center Pivot and pump are shut down.

This can be used to stop the machine in its service lane or other convenient position.

There are some valid production practices that will add dollars to a farmer’s pocket, and they are cheap. In fact, they cost nothing except for the doing. Crop prices are set, and set low. The only way to make money is to bring the cost of production down. Going cheap doesn’t have to be a…